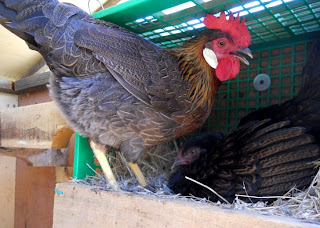 Yesterday was an exciting day in the hen house. I heard two distinct sets of bawk bawk ba-gawking in the mid-afternoon. Apparently both Clara and Ruby needed to lay an egg at the same time! Naturally Clara was in the nest box, so Ruby built a nest for herself in the corner of the hen house. Clara already has the process down pat, so she wasn't in the nest box long. But poor Ruby's was an all day ordeal! 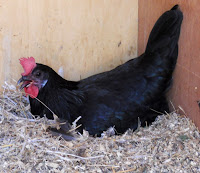 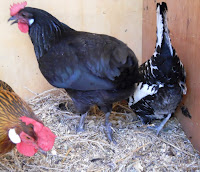 Ruby was on an off the nest throughout the afternoon and looking rather frantic most of the day. I put her in the nest box and she tried to get comfortable, but she eventually went back to her corner spot. Petunia and Ingrid kept watch in anticipation of the big event.
Later in the afternoon, Ruby finally laid her first egg... a beautiful white one! 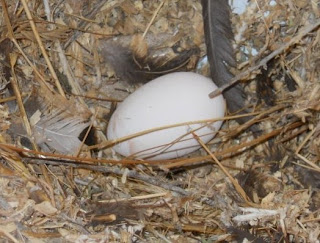